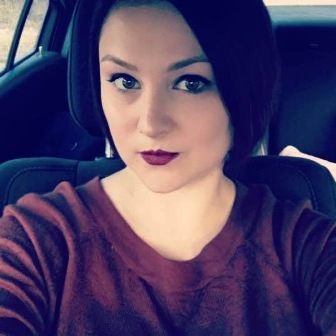 Both, Traffic Manager and Senior Account Executive for Keystone Broadcasting.  Tiffany Hess, graduated from Healdton High School in 2007. Tiffany received her Associate in Science and Associate in Applied Science from Murray State College in 2009 and 2010. Tiffany then went on to East Central University and received her Bachelor of Science with a Major in Business Administration in 2012.

Tiffany was in banking for 3 years before she left to join Keystone Broadcasting.

Tiffany is a lifelong resident of Carter County. She enjoys spending her downtime with her son Nicolas and watching him achieve amazing things. You’ll see them from time to time going on random adventures.

Tiffany has been an Account Executive at Keystone Broadcasting since 2015. Tiffany took over as Traffic Manager in 2022.  Traffic Manager duties include scheduling daily commercial logs for all of Keystone Broadcasting stations, monthly billing and accounts receivables.  In addition to radio advertising she specializes in Digital Advertising. Her favorite part of her job is increasing traffic into businesses and helping businesses grow.

Tiffany has won several awards from the Oklahoma Association of Broadcasters - Radio Station Event Promotion for the Stocking Stuffer promotion with the Shops at Ardmore, and second place Radio Station Commercial Announcement for Oneway Automotive.

Interact with the Big Show